Some come to Europe for the history, others arrive for the culture and there are those who travel there to admire the continent’s varied landscapes. And then there are those who come to eat. Not pizza in Italy, not schnitzel in Austria, nor paella in Spain, but burgers, glorious burgers, everywhere.

The gastro-burger scene is alive and well in the cities of Europe with more and more burger joints popping up across the continent. To celebrate National Buger Day and your own quest to find Europe’s best burger, these suggestions should get you off to a good start! Some may argue, but it is with some confidence that I say London is the King of Burgers in Europe. It’s impossible to keep up with how many of the new restaurants which pop up in all corners of the city at alarming regularity are dedicated to creating the perfect burger, but it would be a lot of fun trying to find them all. Although only three years young, Honest Burgers seems an unstoppable force in London with six locations including their cosy, original unit in the lively Brixton Market. With monthly specials and rosemary fries that are as good as the burgers, expect the best of British from Honest as they source all their ingredients locally.

And if one burger isn’t enough, check out what’s being served at Patty & Bun in the West End or Liverpool Street or make your way to MEATMarket in Covent Garden where you can take one of their juicy burgers away if the crowds beat you to it.

Competition is equally as hot in Amsterdam when it comes to determining the city’s best burger, but The Butcher edges in the lead for many thanks to its slightly sweet homemade buns which encase tender joints of beef, each one cooked in front of you in The Butcher’s open kitchen. Be aware The Butcher is not a restaurant – there’s limited space to sit at – but it is a secret cocktail bar. Yes, you did read correctly; if you’re lucky enough to get yourself on the guest list you can walk through the large silver freezer door and find yourself watching some of Amsterdam’s best cocktail makers at work. Personally, the burgers are enough of an experience and The Butcher’s location in the heart of Albert Cuyp Market make it a great place to stop, soak up some atmosphere and demolish a burger.

Other popular Amsterdam Burger joints include Burger Bar and Burgermeester’s various locations and then there’s the “Ladyburger” or “Mannenburger” available at Café Kostverloren, a guaranteed upsell among men if ever there was one!

If the name doesn’t get your attention, the burgers certainly will. The pride of a meat-heavy menu,White Trash Fast Food’s burgers comprise of an organic homemade bun and prime cuts of beef bought on the day they’re cooked (though there is a veggie version too!). Located in the heart of Kreuzberg, expect a full-on experience in this restaurant/tattoo studio, they have a beer garden open during the summer and be warned families are best visiting during the day as the evening is when the rock’n’roll part of this rock’n’roll restaurant starts to shine.

Other places recommended by Berliners for burgers include home of American-diner feasts The Birdand Mogg & Melzer who take you off the traditional burger path with their pastrami and sauerkraut creations.

One of the surprise cities currently riding the burger wave is Moscow, but it’s a worthy contender thanks to a growing number of American themed bars and restaurants. One of the most-loved is Standard Bar, which prides itself on being a place where everybody knows your name. Sound familiar? Well, the burger menu will also look familiar as it sticks to the classic American flavours like “BBQ Bacon Cheeseburger” and a “Jack Daniel’s Burger”.

Other places making Moscow a burger-lover’s heaven include Romanov, Chicago Prime and the up-market Beef Bar which offers a luxurious setting beside the river to enjoy your beef burger of choice.

I didn’t give any additional points to Flippin’ Burgers because of their brilliant name, but you couldn’t blame me if I did. Once one of the island of Kungsholmen’s most hipster spots, Stockholm’s best burger can now be found on Observatoriegatan with a décor that definitely models itself on a New York City sports bar. Expect queues and expect the wait to be worth it (though you can book tables in advance) and be adventurous when picking your burger as the Cricket and Casanova Burgers do offer something a bit different.

Also flying the flag for burgers in Stockholm are Ruby Grill – which has been a Stockholm stalwart since 1980 – and the Love Food Café where you can actually make your own burger (or sandwich if you must call it that). 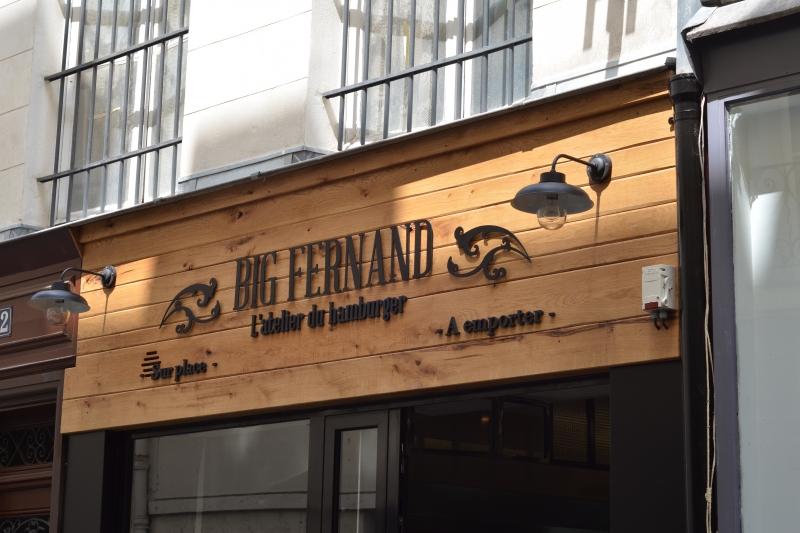 If you didn’t expect Moscow on this list, then it’s unlikely you imagined a French city would pop up here, let alone the capital. But Paris has one of the fastest growing burger scenes in Europe, confirmed somewhat by a growing number of French bugger bloggers who claim that Big Fernand is the one to watch. Promisingly calling itself an “atelier Hamburger” – or a Burger Workshop, the burgers at Big Fernand have romantic French names like “L’Alphonse” and “Le Bartholomé” and the flavours are inspired by different French regional cuisines.

If your appetite can stretch to another burger while in Paris be sure to find one of Breakfast in America’s two authentic diners or Paris New York, which is possibly the most stylish burger bar on this whole list.

Of course, I’m sure there are more cities serving more delicious burgers in Europe. So, tell me, in
which other European cities have you enjoyed a great burger… or two?

Holidays to Make Every Day ‘Children’s Day’ this Summer

7 Top Spots to Swim with Turtles on World Turtle Day

This site uses Akismet to reduce spam. Learn how your comment data is processed.